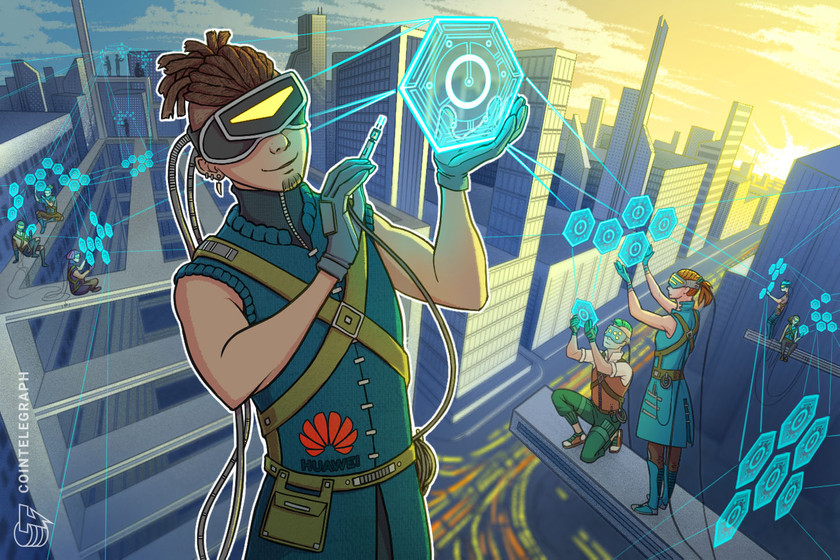 Huawei announced an update for it’s blockchain-based cloud service, known as Blockchain Service 2.0, or BCS 2.0, during a recent industry summit. It appears that the platform’s upcoming enhancement will serve as its first major update since 2018.

The new and improved platform will reportedly meet performance requirements of 50000 transactions per second, or TPS, within a commercial environment. For comparison, the Bitcoin blockchain averages around 5 TPS, while Ethereum can handle roughly double that. According to the release, BCS’ increased processing speed will further expand its networking scope and help to apply blockchain in large commercial settings.

Hong said that Huawei’s BCS has experienced continuous development in collaboration with nearly 100 partners nationwide (as well as the support of local governments) since it was put into commercial use in 2018. He added that:

One example of a project launched via the platform is the “Beijing Directory Chain”, which helps city managers at various local government offices with daily economic and social operations. Xu explained that:

“Since its application in October 2019, the Beijing directory chain has completed the link up of 53 committees, offices and 16 districts and counties, which can not only help city managers to optimize the urban management level, but also strongly support the online all in one processing, realizing the “let more data run errands, the people less running errands”

Huawei says that in the future, the company hopes to carry out closer cooperation with the Chengdu high tech Zone to jointly promote the development and commercial application of blockchain technology.

As Cointelegraph reported previously, researchers have claimed that the enterprise blockchain market will continue to rise to $21.07 billion by 2025.

In China, most blockchain R&D funds are going toward this segment